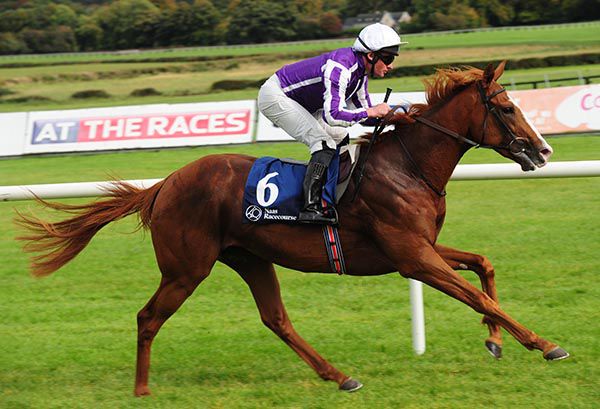 Aidan O'Brien is triple-handed in the MBNA Chester Vase as he seeks to add to his record tally of eight wins in the recognised Derby trial at the Roodee on Wednesday.

The Ballydoyle trainer has chosen Norway, Gentle Bellini and Sir Dragonet from his original seven-strong entry for the Group Two over an extended mile and a half.

Norway is the most experienced of the trio with five runs, including a Listed success and a fourth place in the Group One Criterium de Saint-Cloud.

He is also the only one of three with a entry in the Investec Derby.

Gentle Bellini got off the mark at the third attempt at Cork last month on his first start of the season while Sir Dragonet made a winning debut at Tipperary two weeks ago.

King Ottokar has not frightened off Andrew Balding's Dashing Willoughby and the Brian Meehan-trained Kaloor, who were second and third respectively in that contest.

Local trainer Tom Dascombe will be hoping for a better show from Arthur Kitt after an under-par run in the Blue Riband Trial at Epsom where he stumbled coming out of the stalls. Martyn Meade's Technician, runner-up in Sandown’s Classic Trial, completes the line-up.

Manuela de Vega puts her Classic prospects on the line in a 12-runner field declared for the Arkle Finance Cheshire Oaks.

The Ralph Beckett-trained filly won both her starts last term and is a top-priced 25-1 for the Epsom showpiece on May 31st.

Enable won this race in 2017 on her way to super stardom and her trainer John Gosden is double-handed this time with Fanny Logan and Mehdaayih. Neither are currently engaged in the Classic itself.

Aidan O'Brien has won this race six times and relies on Secret Thoughts, who was sixth to Lady Kaya at Leopardstown on her reappearance.

Andrew Balding's Grace And Danger won her only start at Nottingham and holds an Oaks entry as does the Mark Johnston-trained Vivid Diamond, second in a Listed race at Newmarket in November.