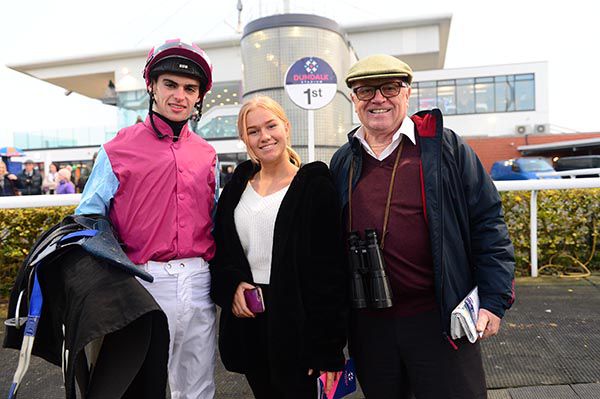 Peter Savill was on hand to see his famous maroon and blue colours carried to success as Dancing On A Dream proved an easy winner of the BetVictor Bet 5 Get 40 Offer Handicap at Dundalk.

Donnacha O’Brien moved to within one of Colin Keane in the Flat jockeys’ championship (95-94) as the daughter of Dream Ahead cruised to the front well over a furlong out.

Trained by his brother Joseph, the 7/1 chance kept on well inside the final furlong to beat Kafu by three lengths, with Fujaira King another three and a quarter lengths adrift in third.

Donnacha O’Brien said, “She felt great on the surface. It worked out nice as Andy (Slattery on Honor Oak crossed over and I got a nice lead off him.

“Hopefully there is another one or two in her.

“She was fine at the start. I got her led around a bit more and she wasn’t too bad.”