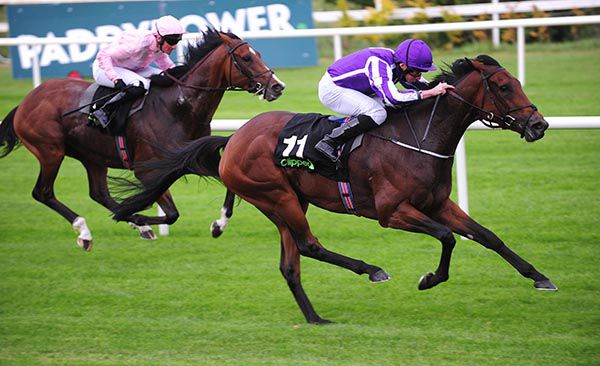 I Can Fly
© Photo Healy Racing

Aidan O'Brien has left in I Can Fly and Happen at the confirmation stage as he bids to win the Tattersalls Falmouth Stakes for the third time in four years at Newmarket on Friday.

The Ballydoyle handler took this Group One contest with Alice Springs in 2016 and Roly Poly last year, but his run was halted 12 months ago when Clemmie was beaten into third place as the Jessica Harrington-trained Alpha Centauri lifted the prize.

On her latest start, I Can Fly was third to Move Swiftly in the Duchess of Cambridge Stakes at Royal Ascot, while Happen was sixth to Watch Me in the Coronation Stakes.

Beshaayir, who defeated I Can Fly in the Lanwades Stud Stakes at the Curragh in May, is one of two possibles from the William Haggas stable along with Queen Anne Stakes third One Master.