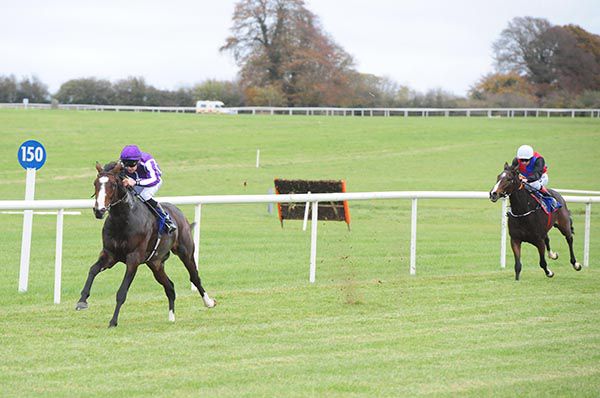 Aidan O’Brien fields three of the seven-strong field but faces some stiff competition from the yards of Jim Bolger and Dermot Weld as he bids to extend his domination of the Kerrygold Gallinule Stakes at the Curragh.

O’Brien has taken Friday’s Group Three prize home in seven of the past 10 years — and this time relies on Constantinople, Antilles and U S S Michigan.

Should any of the trio prevail, however, they will be regaining the title for their stable, after Mick Halford’s Platinum Warrior won the 10-furlong event 12 months ago.

O’Brien’s son Joseph supplied the runner-up then, in subsequent Irish Derby winner Latrobe, but the best Ballydoyle could do was fourth with Sarrochi — while two other hopes filled the last two finishing spots in 10th and 11th.

Bolger and Weld both provide stern opposition this time in the respective forms of Bold Approach and Tinandali.

The former has not been seen since finishing runner-up over seven furlongs, following his debut win in a maiden, to O’Brien’s Investec Derby contender Anthony Van Dyck in Leopardstown’s Group Three Tyros Stakes last July.

The Aga Khan’s Tinandali raced just once at two — when sixth in a maiden here — but up to this distance on his return at Leopardstown early last month, he opened his account emphatically.

Of O’Brien’s trio, Constantinople was beaten a short head in a Cork handicap on his first run of the season and will be ridden by Ryan Moore.

Antilles has managed a solitary victory in six attempts and was last of 10 in a Listed race here this month when his Ballydoyle stablemate U S S Michigan improved past him from their running at Chelmsford in April.

Joseph O’Brien’s Buckhurst ran with some promise in fifth behind another of his father’s Derby hopes Broome at Leopardstown just under two weeks ago — and Luke Comer’s outsider Wee Jim completes the field.

Once again, however, there is significant opposition to O’Brien’s three runners — this time chiefly from Ger Lyons’ Siskin.

The Khalid Abdullah-owned colt was a two-and-three-quarter-length winner from O’Brien’s fellow debutant, the reopposing Harpocrates, at Naas this month. Both horses looks smart prospects.

Fozzy Stack’s once-raced Navan maiden winner Back To Brussels is the only filly in the line-up.