O'Brien set to be well represented in rearranged Futurity 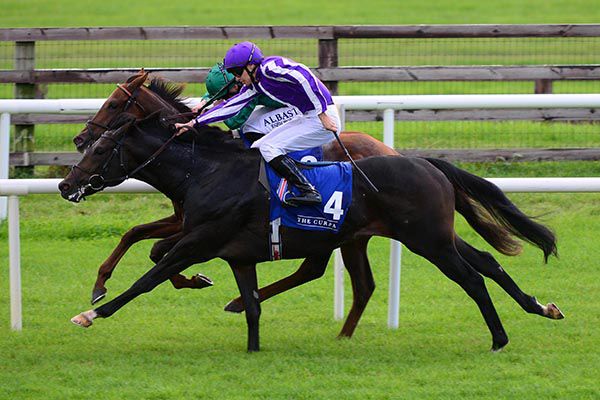 Aidan O’Brien expects to saddle a strong team in the rescheduled Vertem Futurity Trophy at Newcastle on Friday.

The Ballydoyle handler has trained nine previous winners of the final Group One of the British Flat season — leaving him just one short of the record set by the late Sir Henry Cecil.

He was responsible for five of the six declared runners for this year’s renewal, but a waterlogged track at Doncaster forced the cancellation of the card, and the race will now be run during a twilight fixture at Gosforth Park.

Asked whether he intends to run the same five horses in what will be the first Group One race to take place on an all-weather surface in Britain, O’Brien told Racing TV’s Luck On Sunday programme: “That’s what we’re thinking at the moment.

“I think it’ll be fine. Obviously Newcastle is a very good track and if the horses are well we’ll look forward to running them there.”

The O’Brien quintet originally declared was headed Mogul, who was set to go off a red-hot favourite following an impressive Group Two triumph at Leopardstown last month.

He was joined by the well-regarded Innisfree — a winner at the Galway Festival before providing his trainer with a remarkable 19th success in the Beresford Stakes at the Curragh — as well as Iberia, Louisiana and Royal County Down.

The only horse declared to take on the Ballydoyle battalion was the Andrew Balding-trained Kameko, but that could now change as although the original entries will stand, it has also been reopened for new contenders.

It promises to be a busy weekend for the O’Brien team, with another formidable squad being prepared for the two-day Breeders’ Cup meeting on Friday and Saturday.

Magical (Filly & Mare Turf), Anthony Van Dyck (Turf) and Circus Maximus (Mile) are among those being prepared for the trip across the Atlantic and O’Brien is pleased with their condition.

He added: “The horses will do their last canter on Monday and then they’ll probably travel on Monday afternoon.

“So far everything looks good.”