O'Brien strikes back on King's Men 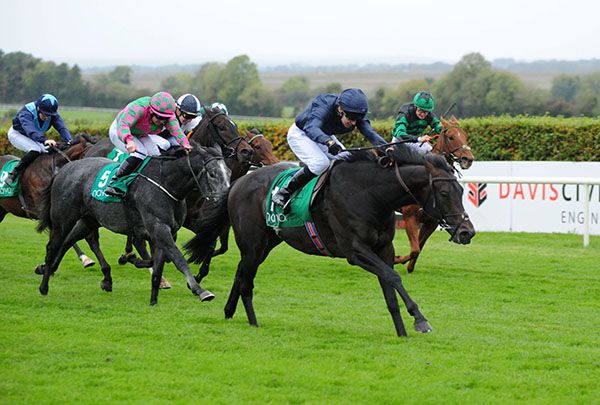 All The King's Men and Donnacha O'Brien
© Photo Healy Racing

Donnacha O'Brien extended his lead to five again when striking on top-weight All The King's Men in the sprint handicap over the extened five furlongs at Navan this afternoon.

The Ballydoyle colt was always to the fore in the €17,000 contest and was definitely in front a furlong-and-a-half from home.

The 13/2 winner had won a Listed race over course and distance last year and was deservedly getting his head back in front after some decent efforts this term.

The winning rider said afterwards:-“He’s done things really well today. He travelled and kept galloping when I asked him.

“I don’t think ground is important to him. To ride him he feels like a good ground horse but his form doesn’t seem to get any worse on soft ground. He’s genuine.”