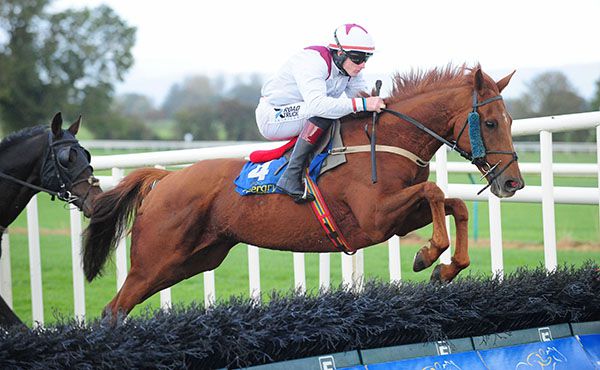 Oh’herewego bridged a 12 months gap without a win when repeating last year’s success in the Follow Tipperary Races On Twitter Handicap Hurdle.

The ten-year-old won three times in staying handicap hurdles last year and indicated a fourth career win could well be in the offing when runner-up at Listowel last time.

Ricky Doyle’s mount, an easy to back 4/1 chance, made most of the running in this three-mile event and showed stamina is his forte when staying on well after a slight mistake at the last to beat Frankly All Talk by a length and a half.

The well-backed 2/1 favourite Treacysenniscorthy could find no extra after two out to finish a further seven lengths back in third.

Winning trainer Val O'Brien said, "He won this race last year and it is grand to win it again.

"He had a very good run in Listowel and when he gets soft ground he really comes into his own. It was a poor gallop so he had to cut it out for himself and he'll go for a handicap at Fairyhouse or Navan next.

"He might go chasing at some stage but didn't run until he was seven so he is still young enough."