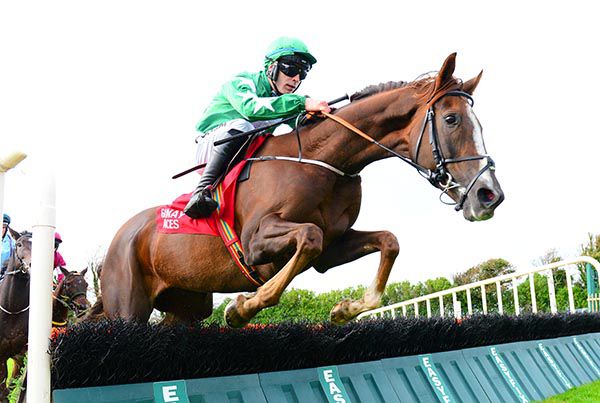 Pakens Rock landed a gamble in the extended two mile novice hurdle at Galway with a fine front-running performance under Kevin Brouder.

Barry Murphy's six-year-old gelding won his maiden hurdle over a similar trip at this track on testing ground last month and again dictated from the front.

He asserted after the second last and cruised home by 11 lengths. He went off 11/4 favourite having been as big as 9/1 in the morning. Drop The Anchor took second place at 10/3, a nose in front of 3/1 shot Anything Will Do

"He did that well and we'd hope he'll stay improving. We are learning a few tricks on how to train him and keeping him right for the job and it's going well so far.

"He was in very good form the last while and improved after the last day and I think he knew he won the last day. The fact it's a local track as well, it is only in the road, it seems to go sweetly; you have to keep him quiet and calm."

Regarding plans he quipped: "I'm full up at the moment and have a big yard to think about, I have two horses, so we'll get over this first.

"He's the only one running and it's a bit of craic anyway."