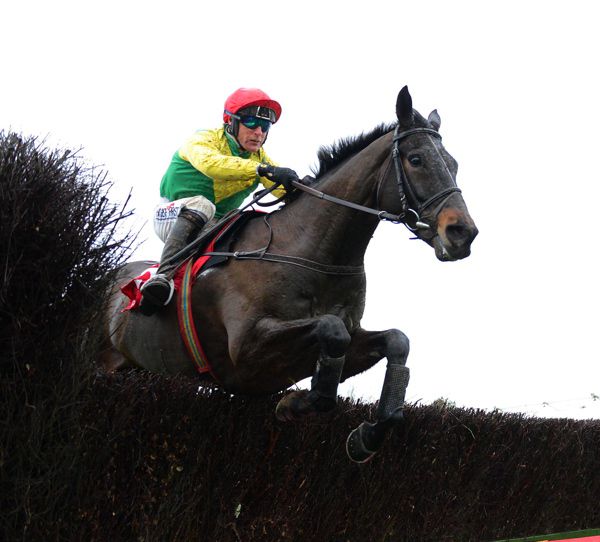 Jessica Harrington is in no rush to confirm Sizing John’s next objective following his fall at Punchestown last week.

The 2017 Cheltenham Gold Cup hero returned from 733-day break in a conditions hurdle on New Year’s Eve — and was in the process of running a promising race before coming to grief three flights from the finish.

In the immediate aftermath, Harrington nominated the Kinloch Brae Chase at Thurles (January 19) and the Galmoy Hurdle at Gowran Park (January 23) as potential targets, but almost a week on, plans remain fluid.

Harrington said today: “He’s all right. He was sore after the race — more body sore than bone sore, but he was sore.

“Everything that could go wrong did go wrong really as we wanted anything but a fall, but there you are.

“He seems good now. He cantered yesterday and again this morning.

“We’ll wait and see where we go next.”

The Moone-based trainer also provided an update on her other stable star, Supasundae.

The three-times Grade One winner has not been seen in competitive action since chasing home Buveur D’Air in the Punchestown Champion Hurdle in May, but he is closing in on a comeback.

“He wasn’t quite ready to run at Christmas, so we’ll aim towards the Dublin Racing Festival in Leopardstown at the start of next month,” Harrington added.