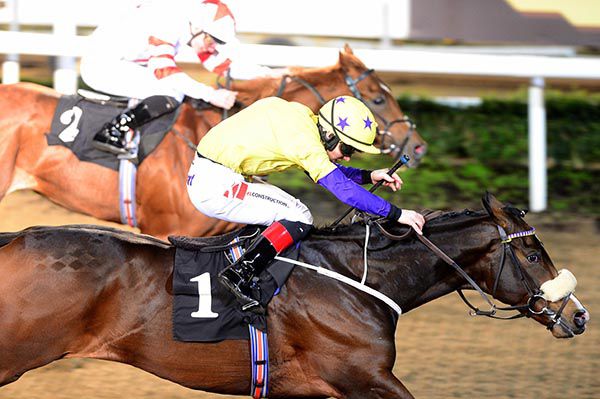 Playa Del Puente followed up a maiden win at Dundalk in October with another at the venue this evening as the Michael Halford trained colt won the Christmas Party Nights At Dundalk Race under jockey Colin Keane.

The son of Elzaam won on his second career start on October and today produced a gutsy effort to hold the challenge of 4/6 favourite Grandmaster Flash inside the final furlong when scoring a half length win.

Halford wasn't present and afterwards jockey Keane said “he did well to give the weight away to Joseph's horse () because he looked a nice horse on his first run.

“For the first two furlongs he was rushing it a little bit but then he spat it out and got into a nice rhythm. The further he was going the better he was going.

“I'd say he'll be a lovely horse in the middle of the summer with a bit more time under his belt. He's a nice horse.

“I was trying to stay away from the other horse as he had only one run under his belt whereas our lad had a bit more experience.

“He'll be a nice horse for them to look forward to.”