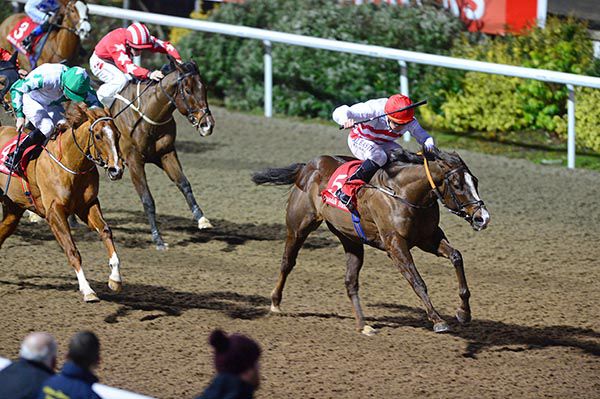 With no racing in Ireland until Thursday, several trainers have taken the opportunity to send their horses across the Irish Sea today.

Ado McGuinness has three in action at Wolverhampton.

Lady Greta contests the opening Class 6 Handicap at 4.15pm and has Adam Kirby on board. She has been unplaced in her four outings and is trying to build on a fifth place at Dundalk earlier in the month.

His Annabelle Rock has bottom weight of 8st 4lbs in the next race - a Class 4 Handicap over an extended five furlongs. She was last seen winning at Dundalk over five furlongs just before Christmas.

Ty Rock Brandy, in the first-time hood, would need to step up on her recent Irish form to threaten in the Class 5 Handicap at 7.25pm. However, the last time she raced in Dunstall Park she obliged for Lee Smyth in May 2018. She is actually three from three at Wolverhampton, yet is available at 9/1.

John Feane has four running on the all-weather track.

Belle Power is a general 3/1 chance for the opener on the back of a sixth place in a better grade at Dundalk at the end of November.

Captain Dan won on his last visit to Wolverhampton in December and is favourite for the Class 5 Handicap at 5.55pm.

Ahundrednotout is a former course and distance winner of the extended six furlongs he faces in the Class 5 Handicap at 7.25pm.

Turn On The Tears wasn't beaten far into fourth in Dundalk at the start of the month and goes in the nightcap at 7.55pm.

Savannah Moon, who was fourth on her hurdling debut at Ayr, races in the extended two mile maiden hurdle at 1.50pm.

Champion jockey Richard Johnson has been booked for Pat's Oscar in the staying handicap hurdle at 2.55pm.