Plenty of competition for Molatham in Autumn Stakes at Newmarket 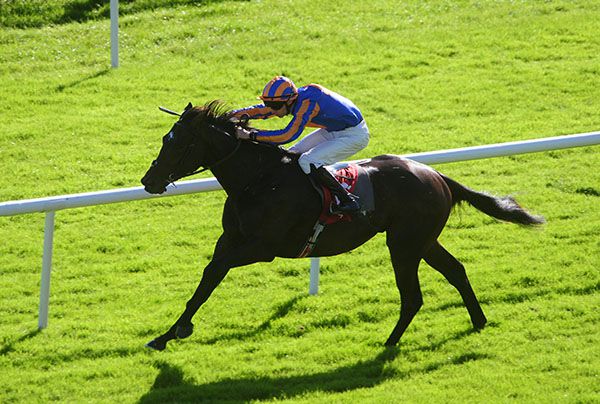 Molatham goes in search of his hat-trick in the Dubai Autumn Stakes at Newmarket on Saturday.

Narrowly beaten by Mums Tipple first time out at Ascot in July, Roger Varian’s charge has since won the Convivial Maiden at York and the Flying Scotsman Stakes at Doncaster, beating subsequent Group Three winner Wichita on Town Moor.

Connections considered a bid for Group One glory in the Dewhurst Stakes, but ultimately opted to for this Group Thee contest — with Varian admitting the presence of the brilliant Pinatubo in the Dewhurst was “a contributing factor” in making the decision.

He said: “The horse is in great form and I think he’s improving. He looks very well and his work has been very good.

“I think he’ll handle the forecast conditions. He’s got to prove he stays the mile, but he’s a very relaxed horse and I’d like to think he has every chance of doing so.”

Molatham is one of nine runners in the one-mile contest.

The Coolmore triumvirate of Michael Tabor, John Magnier and Derrick Smith are doubly represented, with Aidan O’Brien’s impressive Galway winner Persia joined by the John Gosden-trained Cherokee Trail, who is two from two having won at Ascot and Newbury last month.

Charlie Appleby’s Al Suhail and Saeed bin Suroor’s Military March both carry the colours of Godolphin, while Mark Johnston and William Haggas saddle a pair of dual winners in Dontaskmeagain and Johan respectively.

The first of three Group Threes on the card is the Godolphin Flying Start Zetland Stakes.

Seven of the nine runners were successful on their most recent start, with Gosden’s Miss Yoda protecting an unbeaten record.

The card concludes with the Group Three Darley Stakes, in which Johnston’s Matterhorn sets the standard.

Having filled the runner-up spot in the Winter Hill Stakes at Windsor, the Superior Mile at Haydock and the Boomerang Stakes at Leopardstown on his last three starts, the son of Raven’s Pass will not be winning out of turn if getting his head in front at HQ.