Plough Boy pops up at 14/1 for Donnelly 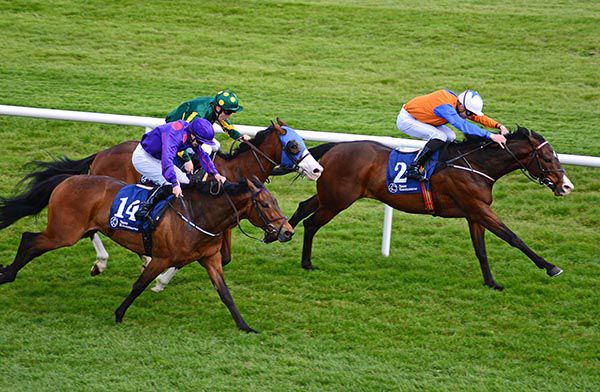 Plough Boy found plenty for pressure to land the five-furlong handicap in Naas at 14/1.

The winning margin was half a length to runner-up Teddy Boy (12/1) who was a nose in front of 4/1 favourite Verhoyen.

Trainer Garvan Donnelly said: "He was dropping back in grade I suppose but he's a very genuine horse.

“He gives everything and is easy going. Whatever happened in the stalls wouldn't faze him.

“It's great to get a win back on the board with him. He won at Ayr last year so we'll probably send him back over there for a nice pot.

“We'll campaign him in and around that and also look at Bellewstown which is a local track for the lads.

“That's 13 he's won now and he's won 10 for us. He's been great, he's such an easy horse to train and I wish we had a few more like him.” Dash D'or Nigg Bay and Cactus Tree were all withdrawn after getting upset in the stalls leading to a six-minute delay in the off.