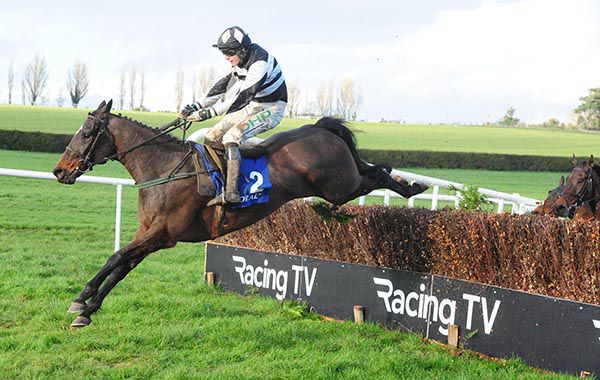 Championship leader Paul Townend remains six clear (89-83) of Rachael Blackmore after matching an earlier winner by his rival at Clonmel by partnering Just Get Cracking to land the Coral Double Your Cheltenham Winnings First Race Every Day Handicap Chase.

Just four went to post for this 2m4f event, and the James Dullea-trained gelding was sent off the 11/10 favourite.

Townend elected to track the pace-setting pair of Capture The Drama and Kylecrue before taking it up before the second last.

The favourite needed to be kept up to his work to beat Capture The Drama by a length and a quarter, with Kylecrue a further two and a quarter lengths away in third.

Blackmore was on the mark in the 2m maiden hurdle where Rebel Early (12/1) lowered the colours of the odds-on Pont Aven ridden by Townend.

Dullea said, "It was a fantastic opportunity and our horses were under the weather since January. Today is our first runners back since New Year's Day.

"We might step him up in trip as he is learning to settle and I think he'll get three miles in time. We might have a look at something at Fairyhouse for him as we don't have many that would take us there so we'll go with him if he will take us there.

"It's great for the yard and we'd a mare touched off for second place earlier in the day so it's great to see the horses running well and great to be back racing."