Popong delivers under Morgan in Roscommon 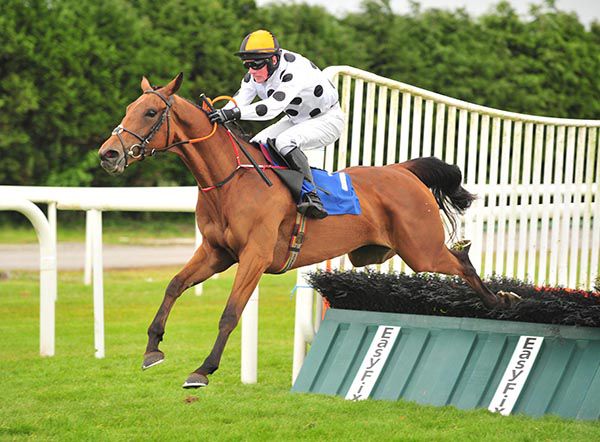 Popong stayed on best to land the rated novice hurdle in Roscommon for Henry de Bromhead and Hugh Morgan.

The five-year-old mare took closer order turning in and came with her challenge at the third last.

She led narrowly from Cosmo's Moon at the next and increased the advantage jumping the last.

Cosmo's Moon hadn't given up on the run-in but Popong was driven home by Morgan to take the spoils by three and a half lengths at 11/2.

Cosmo's Moon was a beaten favourite in second at 2/1.

Hugh Morgan said: “It was only her third run and she’s coming on the whole time.

"I probably got to the front a bit early but she was very game and travelled everywhere. She took me into the race without having to ask her too many questions.

“It’s brilliant to get a win again for Mr Halley and his family.”

There was a 12-minute delay to this race as the ambulance had taken jockey Martin Burke to hospital after a fall from Thousand Tears in the first race.