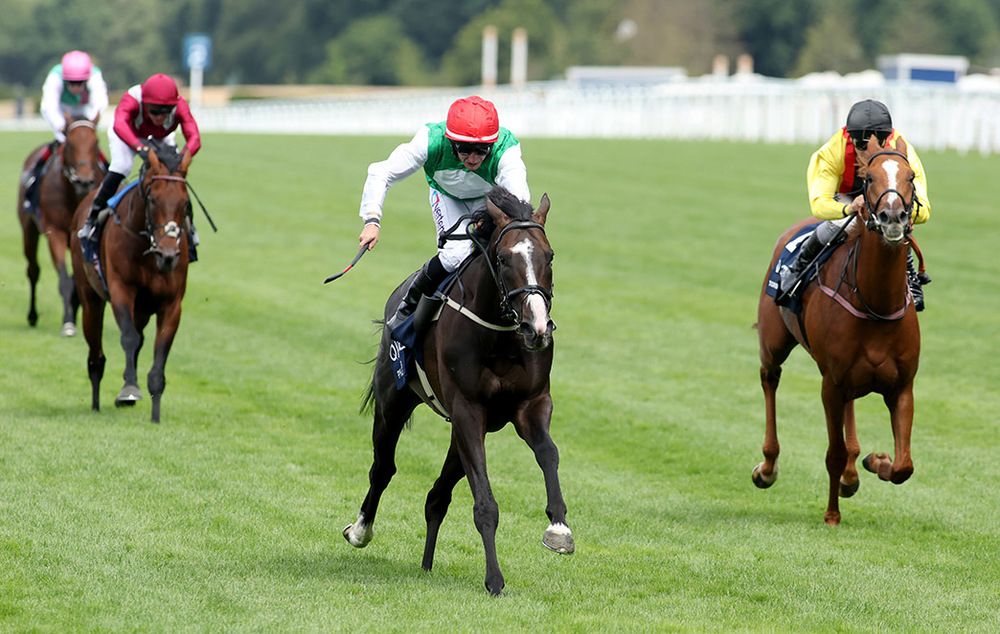 Pyledriver will bypass the Breeders’ Cup as co-trainers William Muir and Chris Grassick set their sights on the Far East with the King George VI And Queen Elizabeth Stakes hero.

However, he has not run since, having been sidelined with a soft tissue injury which also ruled him out of Sunday’s ParisLongchamp feature.

Muir, who was an interested bystander as he watched the Sir Mark Prescott-trained Alpinista win Europe’s biggest race, gave an upbeat report on last season’s Coronation Cup winner, however.

“Looking at the form, we’d have run a big race in the Arc, because the horse we beat in the King George (Torquator Tasso) was third.

“No-one ever knows until the day, so take nothing away from the winner — Alpinista did it fantastic.”

He added: “Pyledriver is improving. When we did the last test, which was a fortnight on Friday, the vet said, ‘we’ll repeat it in a fortnight and then you’ll be able to crack on’.

“He’s swimming every day and wouldn’t have lost a major amount of fitness — he was pretty fit when we found out what exactly was niggling us.

Winner of seven of his 18 races, Muir is keen to see him land a third top-level success, to once and for all silence any of the horse’s critics.

“Someone off the TV said that ‘he is the only horse who can turn up for a race and he has this wonderful knack whereby everything that takes him on underperforms. He has some wizardry that he can stop other horses performing, because every time he wins, everyone else has underperformed’,” added Muir.

Connections are now mulling over a trip to the Japan Cup or the Hong Kong Vase — in which he was a length runner-up last year — for his next outing, after bypassing Keeneland.

“We had a chat to the owners last week and we made the choice that we will miss the Breeders’ Cup, and we will try and go for the Japan Cup or Hong Kong,” said Muir.

“Whichever one we can get him to. We will nominate him for the Japan Cup by Tuesday and if he is right — and I don’t think it will take much getting him fit — he could well go there. They would love us to go, the Japanese.

“He won’t do both. He will either do Japan or Hong Kong. He won’t go to Saudi Arabia again. Then he will go to Dubai (for the Sheema Classic).

“Then we will gear up for the Arc next year. He has taken an enforced holiday, so we can just keep on going. But in himself, he looks a million dollars.”