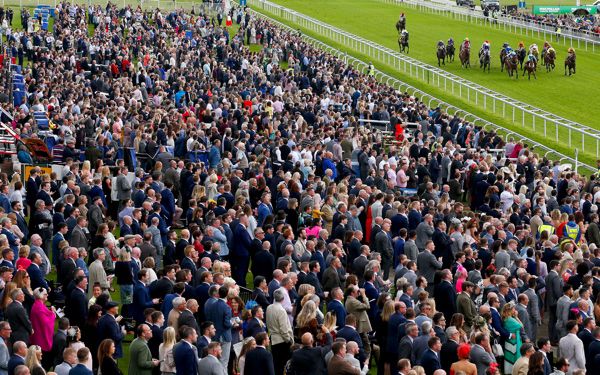 John Quinn is favouring York and the Sky Bet Lowther Stakes for Liberty Beach over the Prix Morny at Deauville.

The speedy filly took her record to four wins from five starts in the Molecomb at Glorious Goodwood last week.

Her only defeat to date came in the Queen Mary at Royal Ascot, when drawn on the wrong side, but she will be stepping up in trip on the Knavesmire.

“She’s been absolutely fine since Goodwood. She’s had an easy-ish time since. She cantered lovely on Monday and I couldn’t be happier with her.

“Obviously you never know until you try (six furlongs), but she hits the line hard and we shall see.

“She’s won on good to firm and good ground, while she ran very well on soft ground at Ascot. She’s not ground dependent.”

Juveniles do get a hefty weight allowance in the Nunthorpe at York’s Ebor meeting, but Quinn is happy to keep his star to her own age group for now.

“We’ll leave the Nunthorpe until next year!” he said.

“She hasn’t done much wrong against some very good horses. Hopefully she can keep going."