Racing to return in the UK on Wednesday 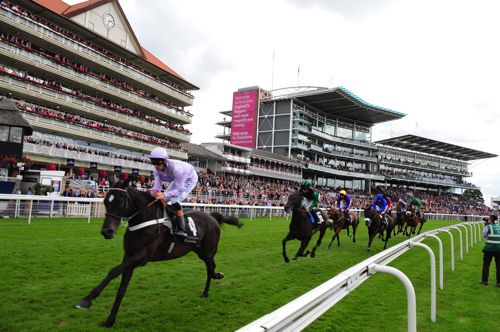 Racing will resume in Britain on Wednesday, following a six-day shutdown because of the outbreak of equine influenza, the British Horseracing Authority has announced.

The ruling body had placed over 170 yards into lockdown in an attempt to halt the spread of the highly-contagious virus, with all meetings last Thursday cancelled the previous night.

However, following a period of extensive testing and after seeking the advice of a series of veterinary experts, the BHA gave the go-ahead for a resumption late on Monday — but with strict biosecurity controls in place.

The BHA’s chief regulatory officer, Brant Dunshea, said: “Our approach since hearing about the first positive results last Wednesday has been based on accumulating as much information as we could as quickly as possible so we could properly understand the risks of this virulent strain of flu spreading to more horses.

“That would be harmful to them and damaging to any trainers’ yards that became infected.

“It has also been our intention to ensure that we avoid an issue that could result in a long-term disruption to racing with the risk of many of our major events being unduly impacted.”

The sport was rocked after it emerged three horses — which subsequently rose to six — were found to have the disease at Donald McCain’s stable in Cheshire.

The BHA quickly enforced a cancellation of racing in Britain and confirmed a call would be made on Monday about whether scheduled fixtures at Southwell, Plumpton, Musselburgh and Kempton could take place on Wednesday.

Over the weekend it was announced around 1,500 tests had returned negative — but on Sunday evening it emerged four vaccinated horses from Simon Crisford’s Newmarket yard had tested positive.

Dunshea said: “After analysis of thousands of samples, and no further positive tests on Monday, we still only have two confirmed sites of infection. We have put robust containment measures in place around both.

“From the testing and analysis conducted the disease appears to be contained at present. The BHA veterinary committee believe that the swift controls on movement that were put in place have clearly helped to restrict the spread of this virus.”

While Dunshea admitted there was a risk associated with a return to racing, he was fulsome in his praise of the work of the Animal Health Trust in Newmarket who carried out the testing.

“There have been significant logistical issues associated with testing and processing so many tests in such a short space of time,” he said.

“Fortunately, owing to the tireless efforts of the Animal Health Trust, trainers and their local vets, and BHA staff, the vast majority of yards which had been placed on hold will be in a position to resume racing.

“Clearly, there is some risk associated with returning to racing. This risk has been assessed and, based on the evidence — and ensuring biosecurity measures are in place — the level of risk is viewed as acceptable.”