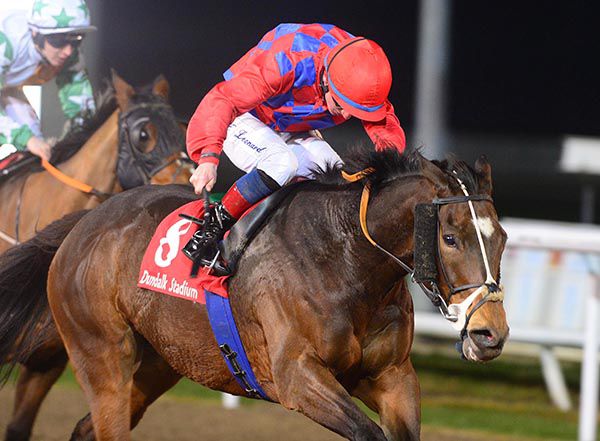 Reckless Lad is set to return to Dundalk next month after coming within a whisker of entering the record books at the course on Wednesday.

It is over five years since Pat Martin’s charge claimed his first career victory at the County Louth circuit and he has now won at Ireland’s sole all-weather track on nine occasions, a joint-record along with He’s Our Music and Shake The Bucket.

The eight-year-old returned earlier this week in a bid to become the winning-most horse at Dundalk and was only narrowly denied, going down by just a nose to the Ado McGuinness-trained Georgian Bay.

Martin is hoping that elusive 10th win is not far away for a horse who has run at Dundalk on 46 occasions — with his nine wins supplemented by 18 placed efforts.

Martin said: “I think it was one that got away there the other day — he probably should have won.

“There’s a race for him back there on January 18, so hopefully he’ll go there and it would be nice to get that 10th win sooner rather than later.

“It would have been nice to have it done, but we’ll go again in the new year.”

Three of Reckless Lad’s last four wins have come at claiming level, but Martin is not keen to drop him class again any time soon.

He added: “I’d be slow to run him in another claimer, to be honest, as he’s been such a good servant to us.

“Dundalk has been great for our business. Without it I’m not sure we’d even be in business any more.

“It’s our bread and butter and it’s very important to us.”