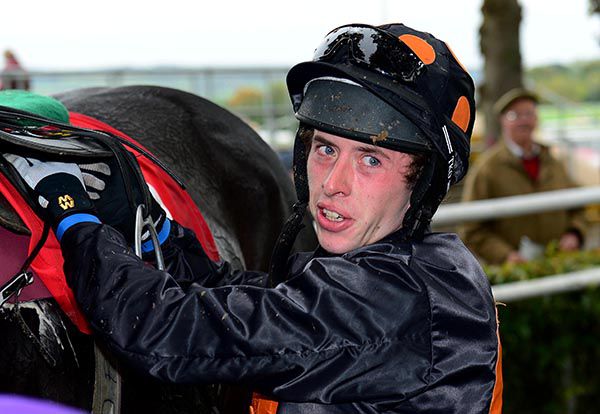 Jockey Dylan Robinson has been handed a three-year suspension after testing positive for cocaine.

Based with leading Irish trainer Henry de Bromhead, Robinson rode the biggest winner of his career to date when steering Ornua to a Grade Three success at Roscommon last October.

He was also on board the same horse when he filled the runner-up spot behind Dynamite Dollars in the Grade One Henry VIII Novices’ Chase at Sandown two months later.

A urine sample taken from Robinson at Galway in October was found to contain metabolites of cocaine — a banned substance under the rules of racing.

Robinson said in his evidence that he accepted he was in breach of the rule, but could not explain why as he “could not remember the events from the night in question” and “did not remember taking any substance”.

In arriving at a penalty, the Referrals Comittee said it accepted Robinson’s “great remorse” and that what had occurred was a “one off”.

However, due to the seriousness of the situation and the fact Robinson “compromised the safety of other riders by riding with cocaine in his system”, a three-year suspension was imposed to apply with effect from January 1, 2019 — with Robinson having not ridden since New Year’s Eve.

The committee added that in view of the “exceptional circumstances and mitigating factors”, they would review the matter again in late 2019 — should Robinson reapply for a licence — and consider a “partial suspension of the penalty”, which would allow Robinson to ride again from January 1, 2020.

However, this would be subject to evidence of Robinson’s “positive engagement with medical and associated matters at the time”.