Roche makes most of opportunity on McCreery's Killourney 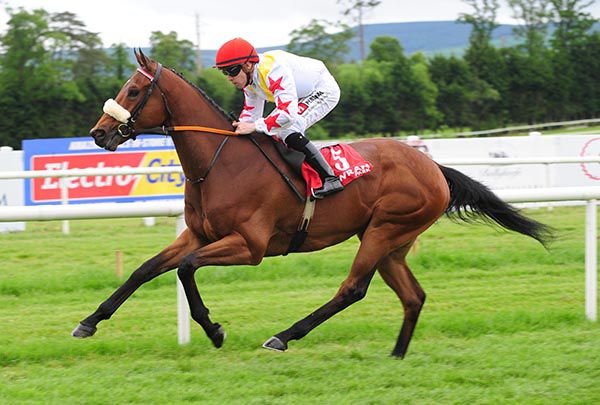 Roche was replacing McCreery's suspended stable jockey Bill Lee, sidelined today due to a whip ban, and made the most of his opportunity when making most of the running on the son of Zoffany, who stayed on well to beat Defilade by a length and three parts.

Afterwards McCreery stated “he's a grand big horse and is a smashing looking horse. I was a bit disappointed with him in Cork but Billy (Lee) said they didn't go a gallop there and it didn't suit him.

“We were drawn wide there but it doesn't matter with that start as you are on the elbow and it's nearly the shortest way to the rail.

“I told Leigh to jump off and let him stride on if nothing was going on and he gave him a lovely ride. It's hard for Billy to miss out.

“Pat (Grogan) bred him and the lads (Rachra Partnership) own him between them. The half-brother won in America the other night so it's good for the mare.”