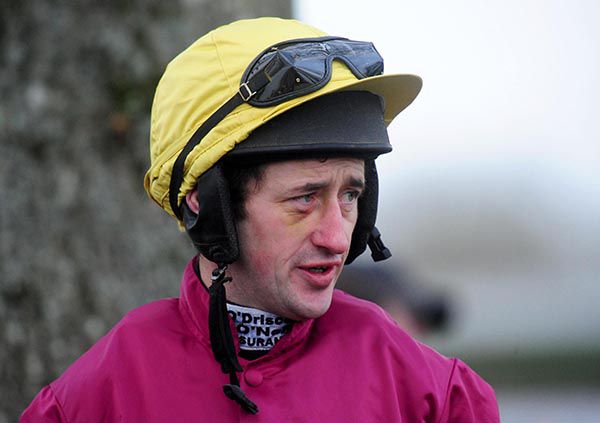 Jockey Roger Loughran today announced that he has hung up his boots after a career spanning over 20 years.

He had his last rides at Down Royal on January 29th and is now set to concentrate on pre-training young horses.

Loughran partnered his last winner at Wexford in October when scoring on Peregrine Run for Peter Fahey.

He had enjoyed one of his biggest successes in the saddle when the same horse won a Grade 2 at Cheltenham in November 2016.

He said today:- “I'm happy to announce my retirement from race-riding today.

“I started riding over 20 years ago and want to thank every trainer and owner for their support over those years, especially the late Dessie Hughes, Sandra Hughes and Peter Fahey.

“I'm really looking forward to developing my pre-training establishment into the future. I'll also continue to ride out.”

His agent Ruaidhri Tierney led the tributes, saying:- “Roger was pleasure to work with. He's a very straight and honourable individual and I'm sure he'll have lots of success in his next chapter.”