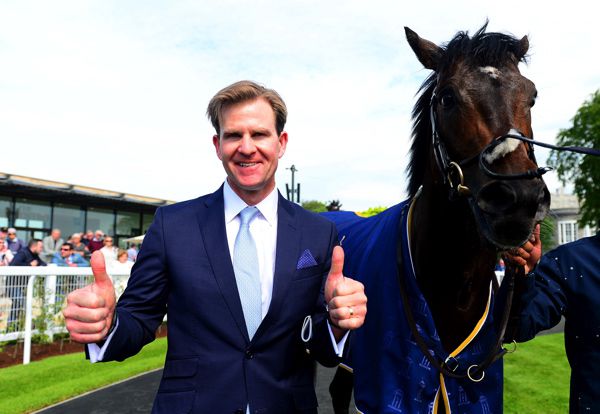 Ken Condon is hopeful Romanised can raise his game for the Queen Anne Stakes at Royal Ascot.

The son of Holy Roman Emperor ran arguably his best race since claiming Classic glory in last year's Irish 2000 Guineas when beaten a shade under four lengths in fourth place in the Lockinge Stakes at Newbury last month.

Condon believes his charge will be better suited by Ascot's straight mile and already has one eye on stepping up in distance before the year is out.

He said: "Romanised came out of the Lockinge in good shape and will go for the Queen Anne next.

"Both myself and Billy (Lee) were happy with his run in Newbury. He levelled out and just stayed going, but it was very pleasing.

"We are hoping that the stiffer mile at Ascot might play to his strengths a bit more.

"He's one that might step up in trip later in the season. He needs good ground."

Romanised is likely to be joined on the trip to Ascot by stable companion Celtic Beauty.

A promising third on Naas debut in late April, the No Nay Never filly stepped up in grade for a Group Three event at the same track a few weeks later and justified her trainer’s faith with an excellent run to finish a close-up third.

"Celtic Beauty is a nice filly by No Nay Never, who seems to be a good sire. She was third in the fillies' Group Three at Naas, and will go for either the Albany or the Queen Mary - we haven't decided yet," Condon added.

"She's still a maiden, but it was a very good run to be just beaten by Etoile and Peace Charter. She made her challenge up the outside, and had improved a lot from her first to her second run. Hopefully she can improve again.

"She's a nice filly with a bit of talent and will go to Ascot."

Ground conditions will dictate where Condon's stable stalwart Success Days will make his next appearance.

The seven-year-old was last seen finishing a creditable third in the Group Two Huxley Stakes at Chester.

"Success Days will go wherever there is cut in the ground. It’s his last season and we were happy with him at Chester. He got the soft ground he needed," Condon added.

"We just have to keep an eye on the programme book and whether it’s here or in the UK, we’ll look for something like a Group Three."