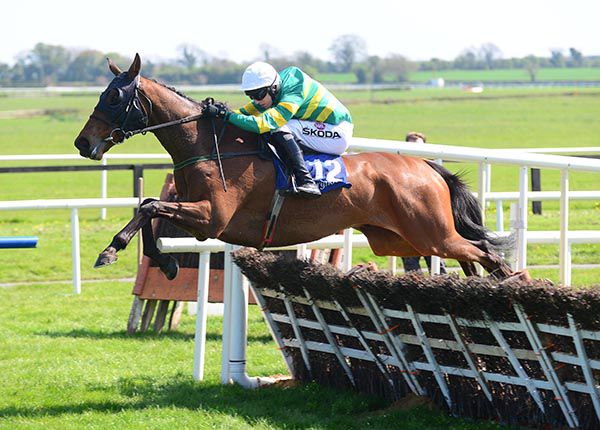 The Oscar gelding was sent off the 6/1 co-favourite of three but turned what appeared a competitive 2m4f handicap into a procession in the closing stages.

Mark Walsh’s mount headed the front-running Embrun Mitja after the second last and asserted before the final flight.

A winner at Leopardstown last month, the Ted Walsh-trained six-year-old stretched right away on the run-in to beat Embrun Mitja by all of 13 lengths with Christopher Robin another two lengths away in third.

The placings of the second and third were later reversed following a stewards enquiry due to interference on the run-in.

Ted Walsh said, “He’s done it well and he found plenty with the blinds today. I thought he had his chance but I didn’t think he was as good as that.

“At home he hangs on to plenty so that’s why I stuck the blinkers on him. I had cheek pieces on him the last day. They obviously woke him up, he liked the good ground and everything fell into place.

“Hopefully he’ll improve and win a good race some day. He’ll go to Punchestown for the Martinstown Handicap Hurdle if he’s sound and well.” Galilean initiated the McManus/Walsh double in the opening maiden hurdle.