Ruby Walsh set for action in six-furlong maiden at Naas 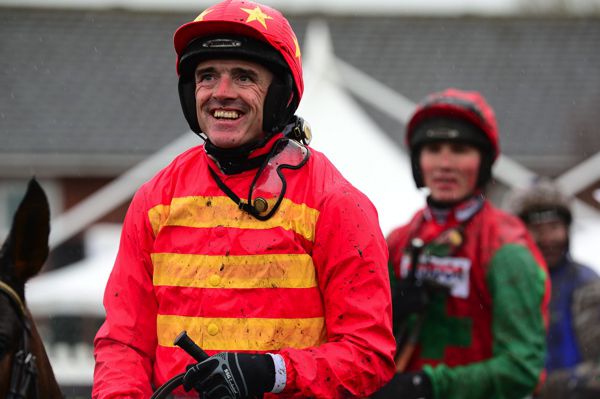 A familiar face will be seen in a rather more unfamiliar role at Naas for the opening day of the Irish Flat season on Sunday, as Ruby Walsh takes the ride on Castletownshend in the Kildare Post & Kildare Now Maiden.

Trained by his father, Ted, and owned by his mother, Helen, Castletownshend went close on his only run at two over the same six furlongs he faces this weekend.

In four runs at three, he failed to trouble the judge, but with the Equiano gelding set to carry 10st 4lb Walsh is able to do the weight.

Having spent the winter in the weighing room with Paul Townend, Davy Russell and Barry Geraghty, Walsh will be sharing with former champion Ryan Moore, Colin Keane and Declan McDonogh on this occasion.

Moore rides Empire State for Aidan O’Brien, placed in all bar one of his five runs to date.

Ho Ho Bird is the first horse to run for the amalgamated stable of Patrick Prendergast and John Oxx.

Elsewhere on what look a high-class card, the O’Brien-trained Amedeo Modigliani returns to the fray in the Devoy Stakes.

The four-year-old is one of eight declared for the Listed event over a mile and a quarter.

A son of Galileo, Amedeo Modigliani has not run since winning at Galway in August 2017 — missing the whole of his three-year-old season, having entered the winter as a leading fancy for the Investec Derby.

The Tote Irish Lincolnshire has attracted a maximum field of 20, including the Jim Bolger-trained Theobald, who has been in good form at Dundalk this year.

The ageless Aussie Valentine will be looking to extend a remarkable sequence which has seen him reach the frame for the last four years. Twelve months ago, the Aido McGuinness inmate was third to On The Go Again, while he has finished second in 2015, 2016 and 2017.