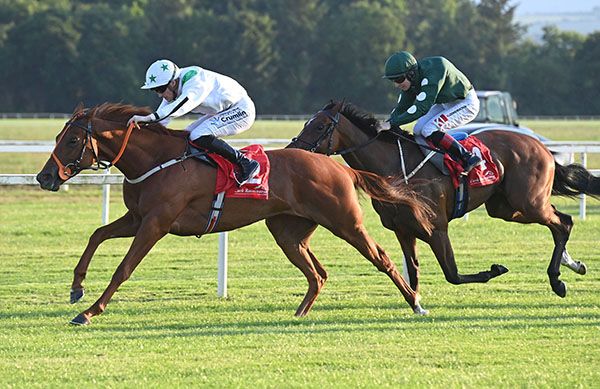 The daughter of Night Of Thunder, already a dual Listed winner, was held up in touch by Bill Lee before making smooth headway from early in the straight. She cruised up to hard-ridden 5/4 favourite Cairde Go Deo over a furlong out and went away to beat the Irish Oaks third by two and a quarter lengths.

Twomey, who also owns the winner, remarked: "I was hoping she might do something like that. I was a little concerned about the ground as a lot of her better form is on soft ground.

"I thought she ran a courageous race over nine furlongs the last day (Kilboy Estate Stakes) and he (Bill Lee) said she travelled in as well as anything but said they tapped him for toe. I think that's why she ran well on soft ground in the past as she stays at it but on that faster ground I think she is very comfortable at 1m2f-1m4f.