Samcro out of Cheltenham 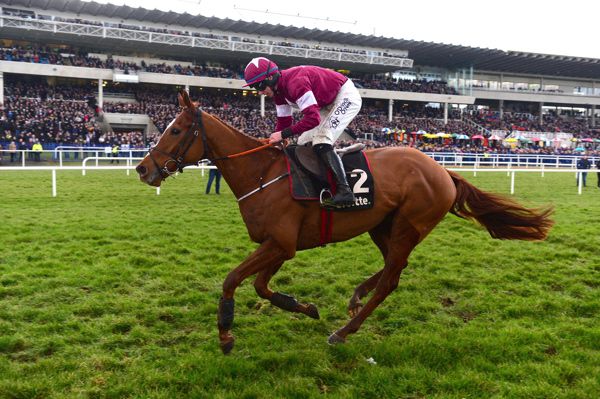 Samcro has been ruled out of a return to the Cheltenham Festival next week by trainer Gordon Elliott.

An impressive winner of last year’s Ballymore Novices’ Hurdle, things have not gone to plan since and he was found to be suffering a lung infection after finishing fifth in the Ryanair Hurdle at Leopardstown over Christmas.

Reports of late had been more upbeat, but while Elliott had been considering a step up to three miles for the Sun Racing Stayers’ Hurdle having already ruled out a crack at the Champion Hurdle, the Gigginstown House Stud-owned seven-year-old will now bypass the meeting entirely.

The trainer told his Betfair blog: “Unfortunately we are going to have to skip Cheltenham with Samcro. He’s in very good form and I am pleased with how he has been doing in his work over the last few weeks.

“However, Cheltenham is just going to come a week or two too soon.

“At the best of times you’ve got to be absolutely spot on for Cheltenham and while Samcro is in very good shape myself, Michael and Eddie (O’Leary) feel that the right thing to do by horse is to give him more time.

“There is every chance that Samcro could run again this season and there are a range of suitable races for him at those meetings so hopefully we will see him back in action next month.”

Samcro has long seen as a potential star over fences — and Elliott confirmed he will go chasing next season.

He added: “Looking further ahead, we are looking forward to when he goes chasing in the autumn.”