Sbraase in dominant form at Sligo 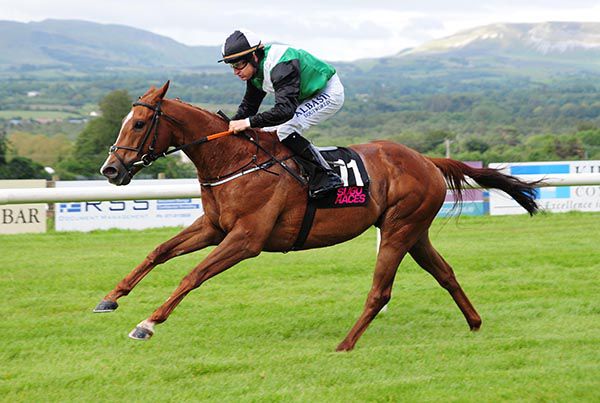 Sbraase routed the opposition by six and a half lengths in the Tote Supports Sligo Claiming Race to land a gamble.

Gavin Cromwell's charge was backed at 10/1 in the morning and opened at 4/1 before sustained support saw his price contract to 9/4 favourite for this extended mile and a half contest.

The eight-year-old gelding travelled well into contention on the inner for Shane Foley.

The pair approached the two pole in fourth and switched out to deliver their challenge entering the home straight.

Sbraase strode right away from Giorni Felice at the furlong marker and quickly drew clear as he thundered home. Black Label made late progress for second at 10/1 with Giorni Felice three quarters of a length away in third.

Shane Foley said: “He travelled around good in fairness to him and he couldn’t have done it any easier. He enjoyed the track and it's lovely ground.”

Sbraase was beaten three parts of a length into third in this race last year but made no mistake today.