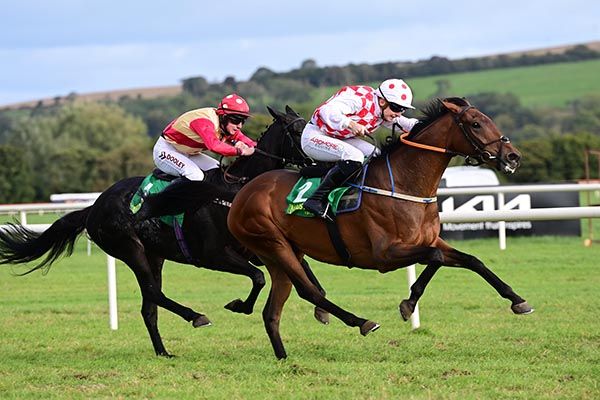 In front from the outset, the Denis Hogan-trained five-year-old repelled all challengers as he held on for a hard fought victory.

A winner at Kilbeggan last time, the son of Kayf Tara dug deep inside the final furlong, denying the late effort of Realistic Optimism

Denis Hogan said; "he is a lovely horse. He missed a year after his point to point and it was the making of him as he has strengthened up into a lovely horse. He was very good in Galway when he wasn't fully ready and won subsequently. All the form has worked out and this race worked out nicely. It broke up a lot to be fair and John Gleeson was top class and is going places.

"The horses are running well so long may it last."

He added "I have to thank Listowel for the top class ground they have and for the way they treated the lads in the stable yard. There was free food and the owners were looked after superbly and everyone was raving about it.

"Even today the place is packed and they are putting bigger racecourses to shame with the crowds. Fair play to the committee."