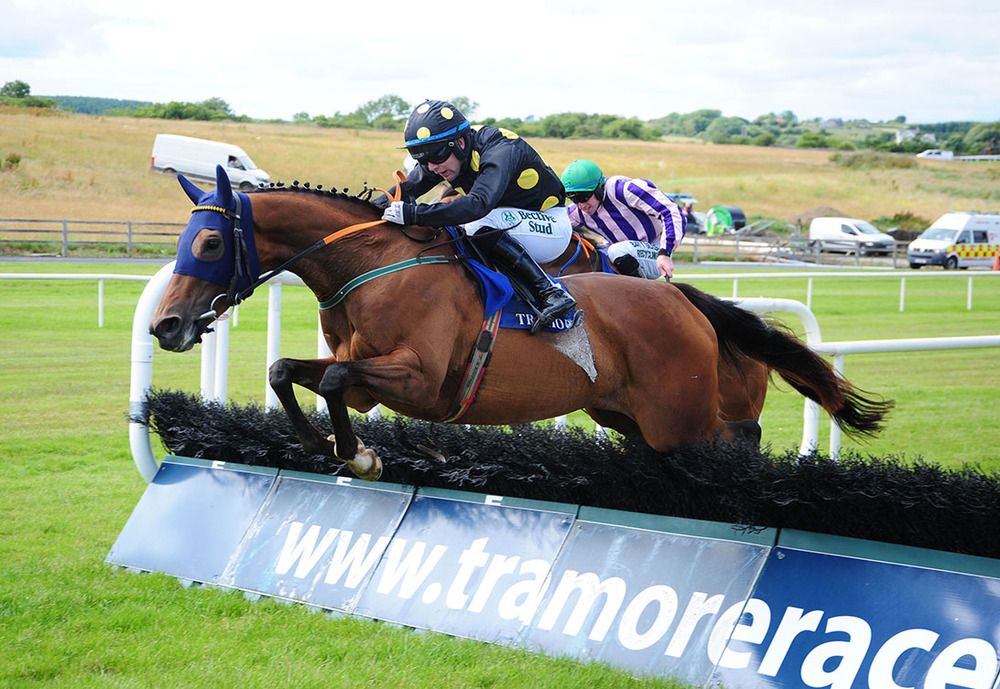 Gainford replaced Eoin Walsh on the Dylan Thomas mare who hadn't shown much over hurdles or fences since winning a maiden hurdle at Bellewstown in 2020. She was pushed along in mid-division after three out and moved into fifth on the run to the next. The seven-year-old took over in front before the last and stayed on well to beat Bear Claws by two and a quarter lengths. Mizuma was another four and a half lengths away in third.

Alan Delaney, son of the winning trainer Eamonn, said: "We were hoping for a real big run. We were hoping to run her yesterday in Bellewstown but she got balloted so we said we would come here instead. We just couldn't keep her right last year but she has been very well this year and was working really well the last couple of weeks.

"Eoin was unwell this morning and we had to do a change. I feel sorry for Eoin, but Jordan has rode plenty of winners for us and it was nice to be able to get him.

"This weekend was the plan, we might go to Bellewstown again with her but she did it well today and we are very happy with that. She could mix it between hurdles and fences."