Settle For Bay gearing up for Hunt Cup bid 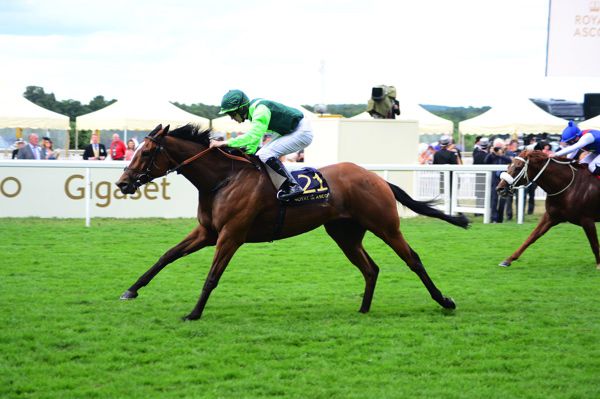 David Marnane reports Settle For Bay on course for a repeat visit to Royal Ascot for the Hunt Cup he won last year, following a highly-encouraging run at Leopardstown on Thursday.

The five-year-old showed he was returning to his best by staying on well for fourth place in the Listed Glencairn Stakes won by Flight Risk.

"He's come on a good bit for his Naas run and hopefully he’ll come on the same again," said Marnane.

"He's definitely going forward and it looks like we're getting close to having the old Settle For Bay back.

"A couple of things I took out of the race — he moved very well, he relaxed very well and was laid back. He looked like he did in Ascot last year.

"He joined them and he quickened and it looked like they didn’t go a fast gallop and that wouldn’t have suited him.

"Billy (Lee) said he went to the line and was good and strong.

"In an ideal world I'd love to have another two weeks to Ascot. We’ve got 13 days from the race, I wish we had two more weeks, but maybe this race will leave him spot on.

"He'll be coming to Ascot on his third run and historically we always like to do that for them to be at their best. We have him well and he’s come out of the race grand."

Marnane has another possible Royal Ascot runner in Freescape, but he is not certain too make the cut for the Wokingham Handicap.

"I'd be excited to see him in the Wokingham. He’s gone under the radar for that race, but he’s only run over six furlongs three times and won two of them," said the Bansha handler.

"I just think a big, strong race would suit him coming from the back, but I think he's number 35 at the moment and I just don’t see where they are going to drop away.

"I don’t know. We’ll mull it over. There’s a chance he might go to Fairyhouse to see if he could win a conditions race there. He’d grab a penalty, which would see him get a run.

"Failing that, to me his best run was at Newcastle last year when he wasn’t beaten far by Gronkowski over a mile, which I don’t think he got. There’s the Chipchase there the week after Ascot, so he could go there and there are a couple of handicaps as well.

"If he didn’t go to Ascot, he’d probably go to Newcastle."