Sheridan followers are A Few Bob ahead 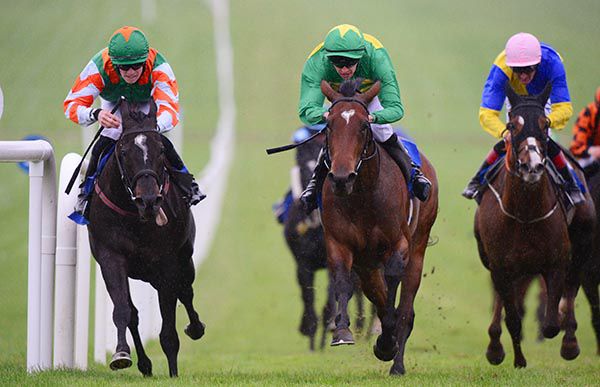 Joey Sheridan absolutely excelled on A Few Bob Short (4/1, from as big as 9s in the morning) as the Big Bad Bob gelding took the Littleton Handicap by a diminishing neck.

The 7lbs claimer, riding his 14th winner of the season, won the race coming to the two furlong marker as he moved up on the outside to make his challenge, shutting the door on eventual runner-up Full Moon Magic (4/1) for a crucial few strides.

Sheridan kicked his mount on from that point, stealing a few lengths on his rival, and Donnacha O’Brien’s final furlong pursuit on Full Moon Magic came up just short. The 3/1 favourite El Tren was another length and a half back in third spot.

The four-year-old winner was consistent last year without getting his head in front, but this victory was his second of this season having got off the mark at Gowran Park in July.

"I think we lost the run of ourselves when he won, as we ran back a bit quick and he likes to be fresh and was bouncing today, said winning trainer Shane Ryder.

"He is what he is but when we got him if you told me he was going to win two races. I'd have laughed at you. It is amazing, he is tiny but has a heart of a lion. That's his grade and thankfully he's won a couple now.

"He might go to Dundalk around Christmas time when the races aren't too hot. We tried last Christmas to win one but we'll try again.

"I only have a handful of horses. I'm in west of Ireland and it is difficult to find a nice one. I have good owners but the quality of horses is the problem - it is hard to compete against the big boys but we'll box away at this level."