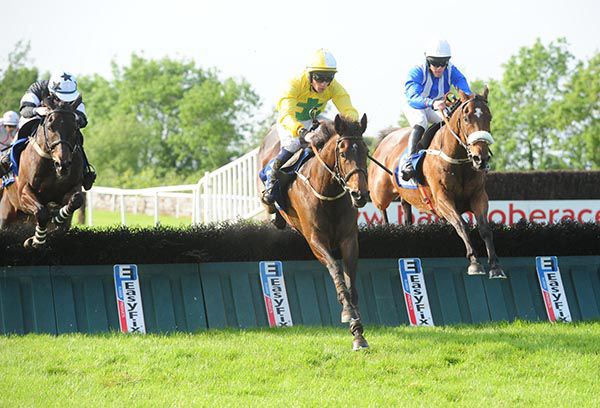 The Last Indian has proved a grand servant to connections, and has bright prospects in the featured Treacy’s Pharmacies Irish EBF Fillies Handicap at Ballinrobe this evening. It's now soft at the County Mayo venue following 15mm of rain yesterday (mainly dry with the risk of isolated showers).

The Aidan Howard-trained mare has won five times under both codes, and shaped well on her first Flat start this year when beating all bar Stormy Tale at Roscommon a fortnight ago.

She renews rivalry with Bercasa and Elm Grove

Also notable in the seven-runner field is Monaco Rose — bidding for a hat-trick after wins over similar trips at Down Royal and Leopardstown, and with the assistance of useful claimer Andrew Slattery.

Jessica Harrington has her Flat string in cracking form at present, teaming up with stable jockey Shane Foley for doubles in recent days at both Limerick and Down Royal.

The Moone trainer has a number with a decent chance on this seven-race card. Xcite faces just four rivals in the Irish Stallion Farms EBF Maiden, and the Kingman filly has shown promise on all three outings this year — including when just denied at Gowran Park.

Foley is also on board Belle Cora in the Bay Leaf Handicap, and the form of her latest outing at Gowran Park earlier this month has been well-advertised.

The first and second, Finding Nero and Olympic Honour, have both won since — while 10th-placed Faerie Laws has also got on the scoresheet.

Gavin Cromwell is another trainer in decent form, and has chances here with the likes of Greenpanda Aasleagh Fawn and Tritonix

The latter won a bumper at Down Royal last month but may find it tough against Peregrine Run in the concluding Brendan McNulty Memorial Maiden.

Peregrine Run has won 13 races and more than 200,000 euro for connections — but the Peter Fahey-trained gelding will not want much rain, because he needs decent ground to show his best.