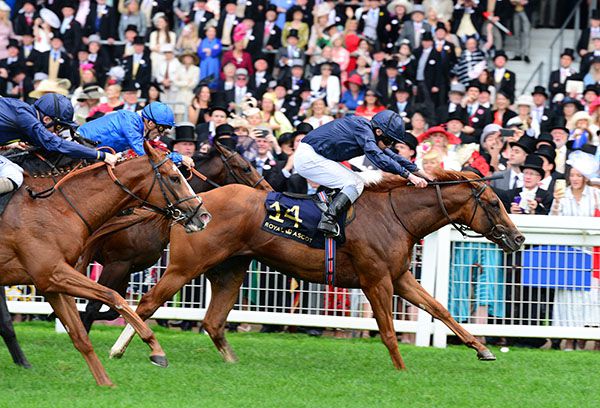 After finishing fifth on his debut at the Curragh, the Aidan O’Brien-trained two-year-old went one place better than last time at Navan to open his account in the five-furlong dash, which was delayed after Show Me Show Me broke free from the stalls before being withdrawn.

Making good late headway under Ryan Moore close to the stands rail, the 7-1 shot forged on when it mattered most to get the better of Platinum Star by half a length.

O’Brien said: “He is a fast horse. Gleneagles’ are fast and they are brave, which are two massive things in a horse and that is what his stock seem to have.

“It was tough (the delay), but he handled it well. He has a good mind. I’m delighted really.

“We thought he was very fast and we weren’t sure about six, but he kept going today and he ground it out close to the line.

“Of course we will look at a Group race now. We will keep him in those fast races over five and six. I wouldn’t be sure he would stay too much further, as he has a lot of speed.”