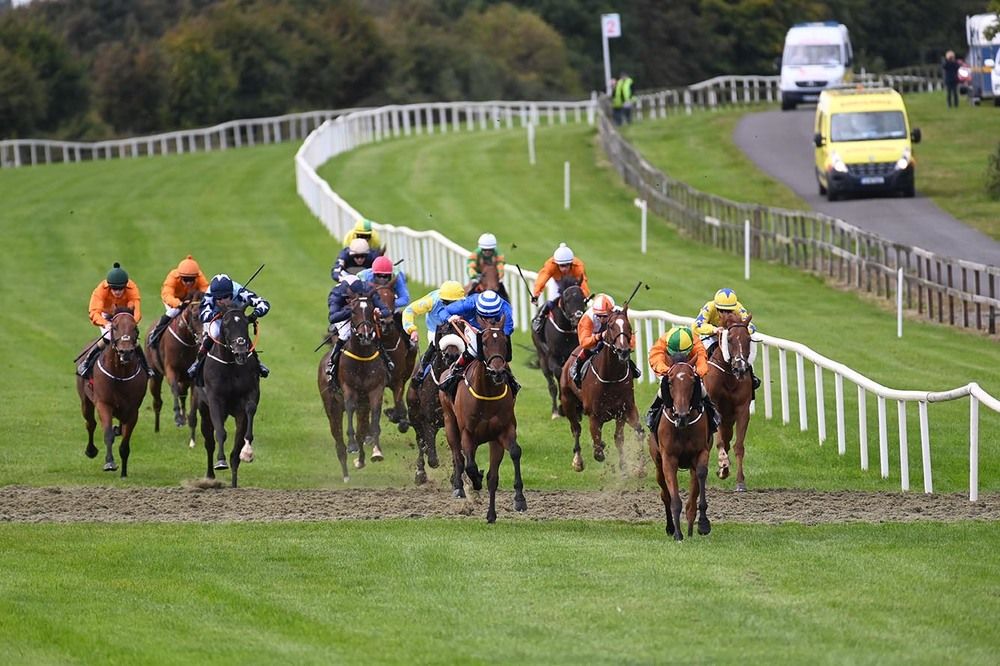 One of a quartet of runners in the race for trainer James McAuley, the four-year-old was well away under jockey Shane Foley, soon sitting a close up third behind early leader Strip Light

As the leader began to falter just before the turn for home, Foley made a race winning move, kicking on and establishing a couple of lengths lead. Colin Keane gave chase on favourite James Henry but despite closing the gap all the way to the line, he could never get to the McAuley trained winner.

Sweeping Statement, who was the highest rated horse in the race(72), had started his career with John Joseph Murphy, before having a brief spell with Ralph Beckett in the UK.

“That was brilliant to get. He's been disappointing, his form in England was good,” said James McAuley.

“He works well at home but he's probably a little bit high in the ratings to be fair.

“Shane came in last time and said to take the blinkers off him, he didn't think he could see enough. I'd say he needs something but the blinkers definitely weren't helping him.

“It was a poor race and Shane kicked at the right time. It's an achievement to get a win with him.

“Shane is adamant that if he did happen to drop into a 0-65 he would win, where they can't get away from him all the time. That was definitely no better than a 0-65. It was a poor race and we won't be getting carried away but we'll take the win.”

There were no claims following this race.