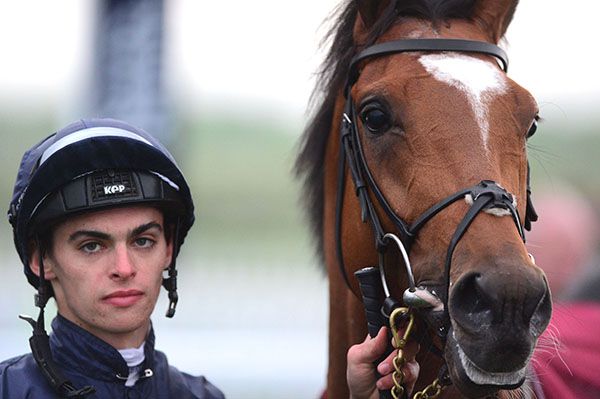 Jack Yeats made the breakthrough on his second start, as he recorded a straightforward success in the concluding Family Fun Day On May 11th Maiden.

Just denied on his debut at Leopardstown earlier this month, the Aidan O'Brien trained son of Galileo was expected to go one place better this evening, and went off the clear 9/10 favourite.

Settled in a close second by Donnacha O'Brien, the bay colt was pushed along to lead under two furlongs from home, and was ridden out inside the final furlong, seeing off the effort of Hazran by two and a half lengths.

The runner-up was returned at 7/2 under Ronan Whelan for Mick Halford, while the front-running Mackqeez (8/1) was another two and a half lengths back in third.

"He had a good run the last day," said Donnacha O'Brien.

"I got it fairly handy up front, myself and Billy (Billy Lee on Mackqeez), and I quickened up well and stuck at it well."

The winner is out of three time Group 3 winner Fire Lily.