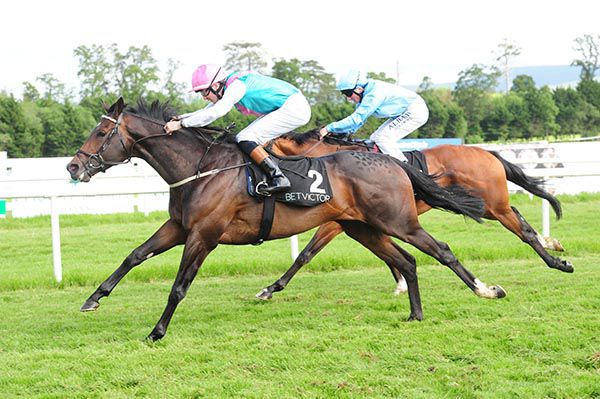 Dermot Weld supplemented his earlier gains with Scorpion Black under Chris Hayes in a divide of the 45 to 65 handicap at Gowran, by taking the finale at the County Kilkenny venue. Favourite Broad Street did the needful with Oisin Orr up.

Khalid Abdullah's four-year-old Broad Street is now two from two and the 6/4 market-leader here beat Wargrave by half a length, off the back of a 393 day break.

Broad Street dwelt, but he soon chased the leaders in third.

He disputed that position at the halfway stage, and was pushed along on the outer two furlongs out.

The Sea The Stars colt went second and was ridden over a furlong out, improving to lead inside the final furlong, staying on well close home to score.

“I’m very pleased with him and he got to the line well. I think it was a pretty smart race as the second is rated 103," said Weld.

“We’ll see how he comes out of the race before I make a decision on where he runs next. He is in the Group 3 International Stakes at the Curragh on Derby weekend and that would be a possibility if the weather stays broken.

“He’s a horse that I look forward to for the second part of the year, and hopefully there will be plenty of improvement in him. He always has to have an ease in the ground.

“He took a good blow there and will come on. He’s been off for a year and there will be nice progress in this horse.”