Thereisnodoubt at the top of his game at Gowran 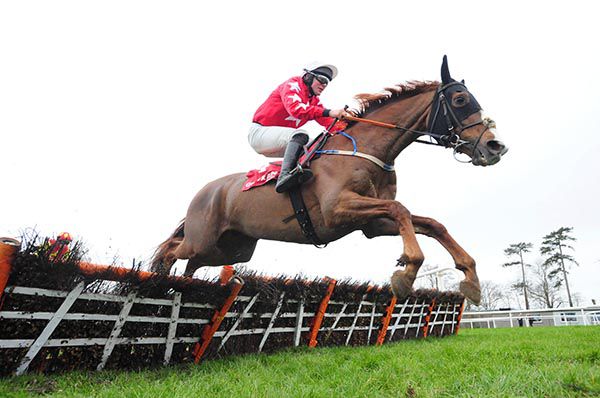 Like the winner of split one, Father Jed Thereisnodoubt (5s into 9/2) made it two wins in his last three outings in the concluding division of the Xenon Security Handicap Hurdle at Gowran.

Favourite From Eden was struggling to bridge the gap when making a slight mistake at the last, and for in-form trainer Shane Crawley the always to the fore Thereisnodoubt eventually crossed the line a decisive eight length victor.

Crawley said: “Eoin (O'Connell) gave him a super ride. He was very confident on him and you would know Tony Martin is teaching him well.

“Anthony Coyne deserves a lot of credit as he does physio on him and I think he’s the key to him. He got him right the last few times and he just needs some maintenance after each run. He works wonders on him.

“At Naas the ground was quite good and we could never get away like we did at Clonmel. They were on our girths the whole time.

“The softer ground and step up in trip suited him today, and I’m delighted for the lads (Dublin-based Who What Why Syndicate).

“We’ll see how he is tomorrow and make a plan. Hopefully Anthony can work his magic again.”