There's Better Times Ahead for his backers 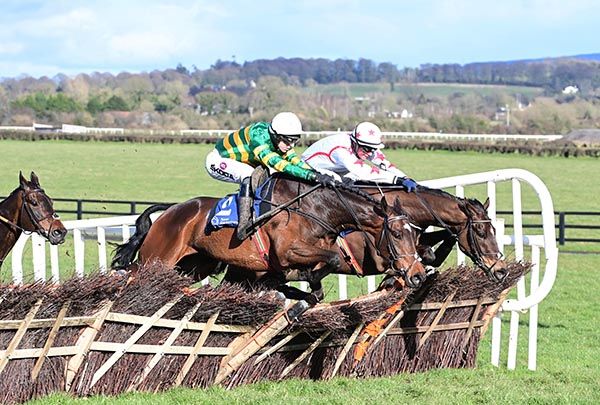 Better Times Ahead brought up plenty of bets in Naas when getting the better of a wrestle for the spoils with Kashi in the extended 1m7f handicap hurdle.

Robert Tyner's charge was available at 9/2 this morning but was backed down from an opening show of 11/4 to 2/1 favourite.

He made headway to join in two out and duelled with Kashi over the last. The five-year-old gelding clipped that flight but it didn't halt his momentum as he was ridden by Mark Walsh to edge ahead in the closing stages.

The 'jolly' won going away by two and a quarter lengths from top-weight Kashi (11/2) who posted a runner-up finish for the fourth time in his career. The placings were completed by Know The Game (33/1) and Birdsandthebees (14/1) in third and fourth respectively, some six lengths behind the runner-up.

JP McManus' racing manager Frank Berry said: “He got a bit lost in his first handicap but travelled a lot sweeter today.

“He handled the ground well and jumped well. We’ll find something similar.

“He’s big enough to jump a fence in time.”