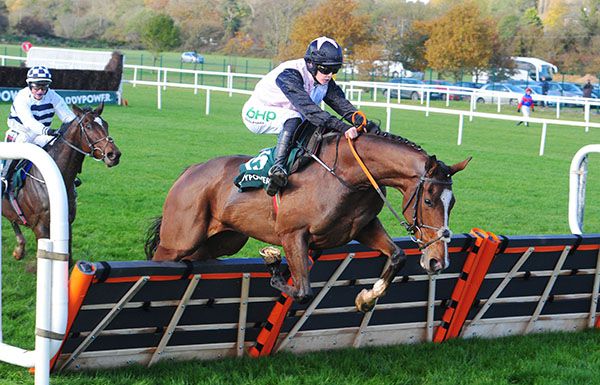 The son of Poet's Voice was Listed runner-up in his native France in March 2018 and while he failed to win in his initial three hurdle starts, today made much of the running before eventually beating Arthurian Fame by two and three parts of a length.

Afterwards De Bromhead stated “he did it the hard way in the end and it seemed messy early on. He didn't jump the last two amazingly but kept going well and he was really good.

“He was disappointing last year but when you stand in to him he is a big horse and is only filling out now.

“It definitely wasn't my best placing performance running him at Tipperary (behind yesterday's Grade B hurdle winner Janidil) but I just wanted to get him out and decided to kick on so it was nice to get back to his own age and he didn't have a winners' penalty either.

“There is a 4yo only winners' race at the end of the month for him at Gowran and that is a possible.”