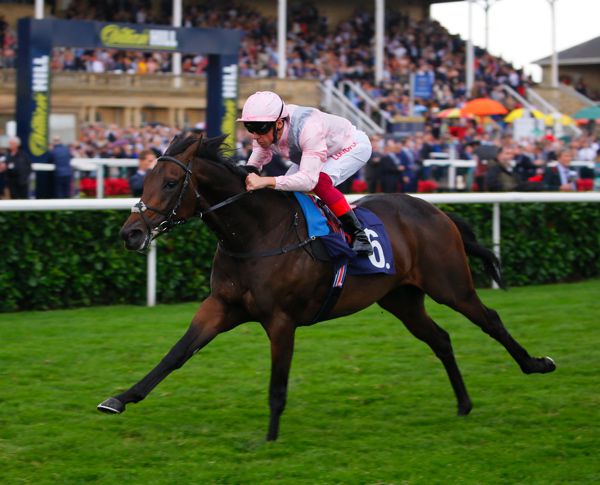 Too Darn Hot has emerged as a surprise candidate for Saturday's Tattersalls Irish 2,000 Guineas at the Curragh.

Last year's champion juvenile was forced to miss the Newmarket equivalent after a setback early in the spring, but made his reappearance at York last week.

Stepping up in trip to 10 furlongs in the Dante Stakes, John Gosden's colt just failed to reel in Telecaster and while the Derby was ruled out, the St James's Palace Stakes was nominated as his next target.

However, Gosden has now decided to leave Too Darn Hot in the Irish Classic and will make a final decision later in the week.

Simon Marsh, racing manager to his owner Lord Lloyd-Webber, said: "He's come out of the race very well and is absolutely fine.

"John just felt we'd keep him in at this stage and then make a decision later in the week as to whether or not he's actually going to run.

"I think York was a case of stamina - the way the race was run and I think at this stage in his career, he's obviously going to be better over a mile.

"But I have no doubt that later on he will stay a mile and a quarter. Frankie (Dettori) was at pains to stress how keen and fresh he was.

"When he settles and has a few more races under his belt, ultimately he’ll be fine over a mile and a quarter."