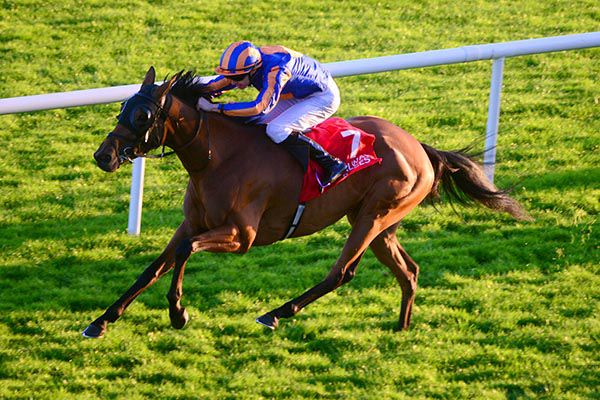 It was a first and last race double on the card for Aidan and Donnacha O'Brien as the beautifully-bred daughter of Galileo, a full-sister to Arc winner Found, got her head in front.

Having made the running the 4/5 favourite was headed over half a mile out as Big Bad Sal swooped to the front.

"I got a grand lead early and once I stuck into her she found plenty again,” said Donnacha O'Brien.

"She is valuable having won now and I thought it wasn't a bad performance. She put it to bed well and kept galloping when I got stuck in."