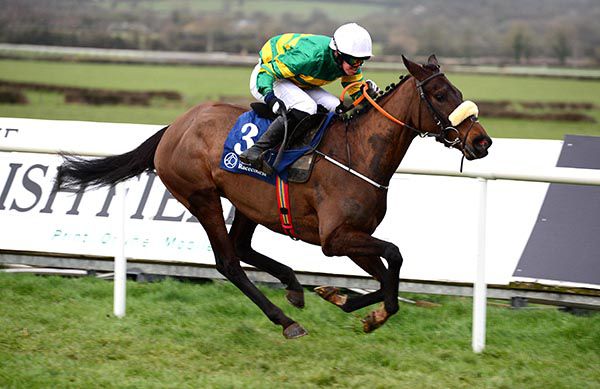 The daughter of Jeremy was heavily backed (16s in the morning in to 3/1 at the off) when making a winning debut at Ballinrobe last August and having since been purchased by McManus, today improved one placing on an eye-catching runner-up run at Navan in November when scoring under jockey Daragh O'Keeffe.

Gypsy Island was delighted Fahey's first runner for the owner and he later stated “it's great to have a horse for Mr McManus and I'm thrilled that she's won, especially after he bought her after winning in Ballinrobe.

“We decided at Christmas time that we were going to keep her a novice (over hurdles), after having had a good run the first day, and she'll be a really exciting filly to have next year.

“She travels so strong and she actually wants deeper ground. When I walked out on the track I couldn't believe how good the ground was.

“She settled really well today and probably learned a good bit from the run in Navan.

“We'll make a plan after today but it's grand to get a winner in those colours anyway, that's the main thing.”