Trainer Nash off the mark with first Christmas runner 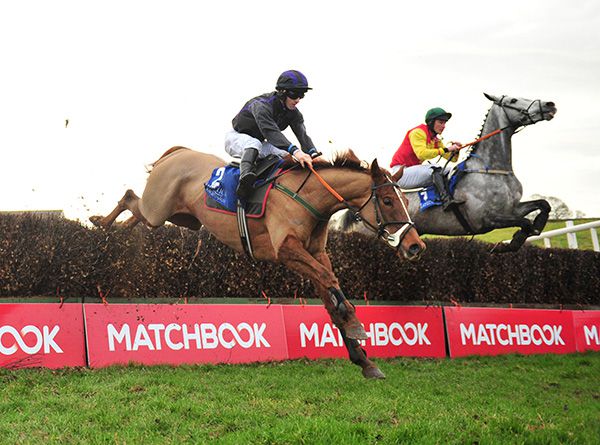 Alohamora's previous win was at Catterick on hurdles debut in February 2018 and was today rewarding connections for some useful consistently good efforts.

In today's race, the five year old daughter of English Channel, under 7lbs claimer Gavin Brouder, out-battled Young Dev in the home straight when scoring a two and three parts of a length win over the 'jolly'.

Afterwards Nash reported “it is great to be young, as it took a brave horse and brave young man. Both horse and jockey were very brave down over the last couple and it was absolutely the difference.

“She is a consistent mare so she isn't dropping in the handicap so it's not easy for her. She wants extreme trips and we'll try and find races at those trips.

“She is our first runner over the Christmas, it is great to have a winner at Limerick, and we have a few for the new year to look forward to.”