Travelwise follows up under a penalty 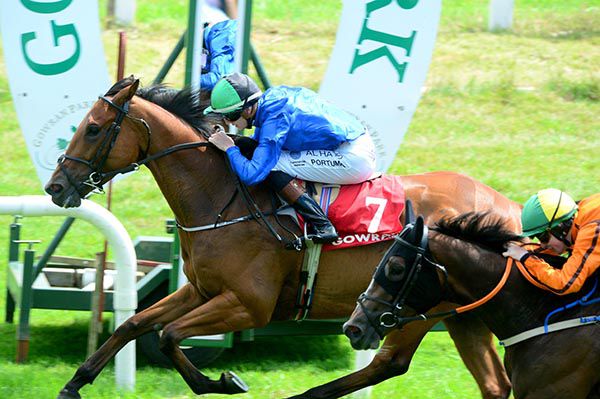 Travelwise made it two wins in the space of just three days when justifying favouritism in division one of the Kilkenny Vehicle Centre Apprentice Handicap at Gowran Park.

The Pat Flynn-trained gelding was reappearing after a near two-year absence when a very promising second to Fancy Footings at Limerick earlier this month, and confirmed that good impression when scoring in fine style at Naas on Wednesday evening.

The Carrick-On-Suir trainer decided to bring him out quickly under a 6lb penalty as the handicapper raised him 11lb in future for that four-length victory.

Ben Coen was again in the saddle, and the lightly-raced son of Duke Of Marmalade was never too far from the pace.

The 13/8 favourite led early in the straight but needed to be pushed out to hold on by half a length from Never Rains Hidden Spark was a further two and a half lengths back in third, while Building Year was slowly away and didn’t enjoy the clearest of runs on the rail before keeping on into fourth.

Flynn said, “We're delighted with him and he's a progressive horse. He has loads of pace and he'd nearly win over six and he'd win over a mile-and-one as well.

“He seems to be a very nice horse. He just got there too soon, he travelled too well for him, but he only won by half a length at the end.