Treble up for de Bromhead as Attack leads home one-two 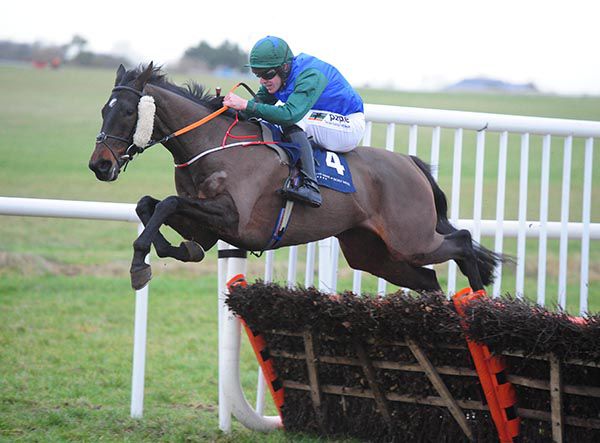 It was three on the bounce for Henry de Bromhead at Thurles this afternoon when Plan Of Attack produced a fine front-running performance to claim the Horse & Jockey Hotel Rated Novice Hurdle.

Barry O'Neill did the steering this time as he renewed his partnership with the Court Cave gelding having scored on him at Limerick late last month.

The 7/2 shot picked up well from the second last as stable-mate Stacks Mountain gave chase. Western Honour also tried to reel back the leader going to the final flight but a fine leap there sealed it for Plan Of Attack as he went on the record a length-and-a-half success.

"Barry was brilliant on him and I thought the horse was tough and it was a good performance,” said de Bromhead.

“Barry won on him the last day and I hate breaking a winning partnership and he was happy to ride him today so I was delighted to get him.

"We'll see what the handicapper does with Plan Of Attack's performance and Stacks Mountain will go for something similar - he's in Limerick but we might wait for something early in the new year.

"I'm delighted for Alan Halsall (owner) and his family."