Tributes pour in for Fehily 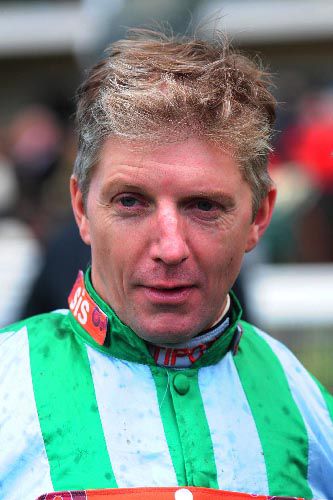 Leading figures in the world of racing have paid tribute to Noel Fehily, after the Grade One-winning rider brought the curtain down on his career with a winner at Newbury on Saturday:

“He is a brilliant lad and a brilliant rider. He got going late in his career — but you always knew he was a top-class rider. I don’t know why it took everyone so long to work it out. I’m glad they didn’t work it out too early, as he didn’t need any more help than he got!

“He is a brilliant person and his family should be very proud of him. He was a very intelligent rider and always in the right place. You could always follow Noel Fehily in a race, as you knew this lad knew how a race was going to be run.

“He was very professional in every way. I’ve never heard or seen anything bad said about Noel. You never saw anyone criticise a ride he gave a horse and that speaks volumes. He is a quiet kind of person — the type who would go get the job done and go home.”

“It took him a while to hit the big stage, but both on and off the racecourse he is a great friend.

“He was a great horseman, but tactically he knew pace and judged races very well. If they were going too fast he would let the race unfold, but he was just an all-round good jockey. He was very fair, but he would not give you an inch.

“He was a great person to ride with and just as a human being he was one of the nice guys. For me, he will be a loss to the weighing room. You wouldn’t hearing him shouting and screaming in the weighing room, but he is just a top-class fellow.

“His riding spoke for itself. In the weighing room he was good fun and one of those lovely people to have around. It is always disappointing when you hear you are losing people like that out of the weighing room.”

“He is a top-class fellow. You won’t meet a more level or sound fellow than Noel. He was a brilliant rider and a lovely horseman. He was a natural on a horse over a fence and had a lovely pair of hands on a horse.

“He is a brilliant role model and conducts himself well on and off the track. I suppose the opportunities came later for him, but he was more than capable to grasp them and make the most of them.

“It is great to have seen him do so well with great horses over the years, because his ability warranted that level of success.

“He would be a very level fellow on track. He would ride fair, but he would ride tight and he was a good, solid competitor. He was good fun in the weighing room and very popular.”

“I’ve had a lot of dealings with Noel over the past few years since I have got going, he tended to come in and ride my big horses when I was injured and we worked very well together.

“He was such a huge presence in our corner of the weighing room. He was a real calming influence on everyone. He was one of those who didn’t say much, but was very intelligent and you could always go and ask him for advice.

“He is a great man and will be sorely missed. He had a great racing brain and sat so quiet on horses — they just ran and jumped for him.”

“He was a legend in the weighing room and we have all learnt a lot off him. He was absolutely fantastic. He could quite easily come from last to first in a race and do you. He was very patient and quiet on a horse, but always seemed to get the best out of them.

“We will really miss him and he is definitely a legend in my book. He always knew what was underneath him. He was so cool and never made bad decisions. On his final Cheltenham Festival winner he came from last to first and timed it to perfection, and that is what made him so good.

“I personally respect him massively and I think a lot of people do — he will be greatly missed.”

“I actually got him the ride on Blue Royal in the Tote Gold Trophy back in in 2000 when Nicky Henderson was looking for a good 5lb claimer. I said, ‘this is best claimer I’ve seen for a long time’.

“It always surprised that it took people so long to cotton on to how good a rider he was. He was always patient. He is a quiet person and was a quiet rider, but he was very effective and I think his big-race record tells you that.

“He is very quiet, reserved and a family man, but he is funny. He has a quirky sense of humour, he is a real good lad and is very popular with all the lads.”

“After a hugely successful career I think Noel Fehily has done exactly the right thing to retire now by going out at the top.

“He was probably one of the most talented riders I’ve ever seen. I don’t think I’ve seen a rider able to get a horse to jump fences like he could. From a horseman’s point of view, he was the most beautiful rider to watch as he rode long and the only other jockey who can ride like him is Ruby Walsh.

“He is a horseman that combines being a jockey as well. I think he was one of the best jockeys I’ve ever seen and on top of all of that, he is just the nicest, kindest person. You never see him without a smile on his face and he couldn’t do enough for you. He is a genuinely good egg.”