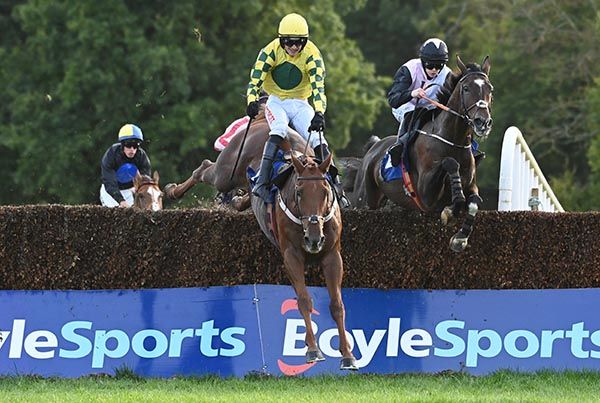 Just five went to post for the concluding Irish Stallion Farms EBF Captain Christy Rated Novice Chase at Gowran Park but it produced a thrilling finish with True Faith just landing the spoils for Henry de Bromhead and Rachael Blackmore. Captain Kangaroo was far from fluent throughout and kept very wide by Danny Mullins before leading early in the straight.

He did well to survive a blunder at the second last after which the winner was slightly hampered, but Captain Kangaroo still had a slight advantage when again awkward at the last.

The pair fought out a protracted battle on the run-in with easy-to-back 9/4 favourite just getting the better of it close home to score by a neck. Influential Lady was a length and a half back in third.

Blackmore said, “It was a good performance, he had to really battle. He was stepping up to three miles, it probably turned into a bit of a sprint but he did it well.

“I got hampered a bit but he stuck his head down well to win so it was good. He seems to be taking to fences really well.”