Turbo injection brings up a gamble in Curragh 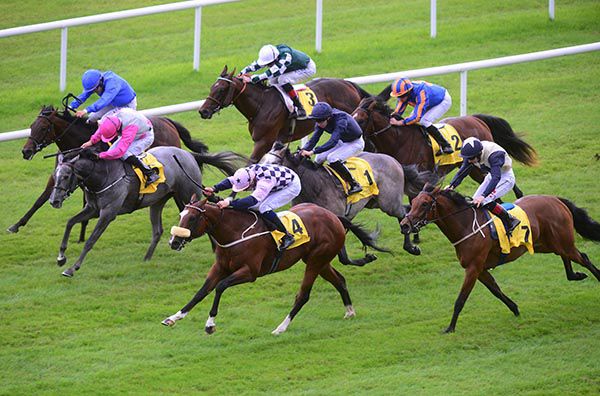 A cracking renewal of the Group 3 Anglesey Stakes at the Curragh saw Roman Turbo make it two from two.

As the race unfolded at the furlong pole, all seven runners still had a chance but it was Lil Grey trying to see them off.

Roman Turbo surged home in the final 100 yards to pick her off in the closing stages by three parts of a length.

Trainer Mick Halford said: “We are never particularly hard on the two-year-olds at home but we knew he had come forward.

“Ronan sat on him at the Curragh the other morning and said he felt great. We said we'd find out more here.

“He wasn't in any of the big races, so we'll have to talk to his owner and see what he has in mind for him.

“I'd say long-term he'll probably end up in Hong Kong.

“I actually put him in the nursery to see what weight he'd get and he gave him a rating of 92. He'd have fairly scooted up in that, you'd like to think!

“He's only the third two-year-old we've run this year, so it's hard to get a line on them. At home he just does enough.

“It was a different race today to his maiden but he was well able for it.

“He's really come to hand recently. I'd still say there could be more to come from him.”