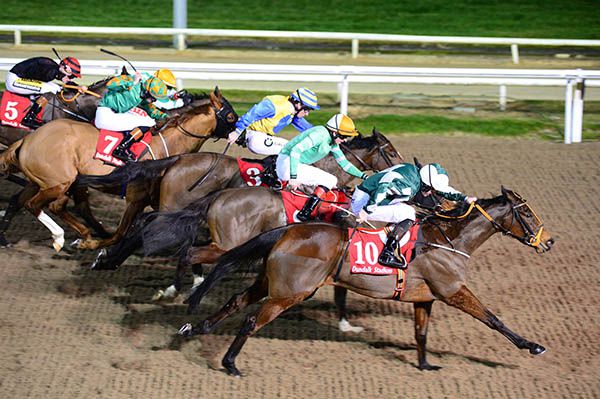 Afterwards Mulholland, who as a jockey won the 1990 Coral Hurdle at Cheltenham on Henry Mann reported “she was just put up 3lbs for dead-heating the last day and we took a few pounds off her with Nathan riding tonight.

“I thought she was going to get stopped but the gapped opened up. She’s a real battler and Nathan gave her a brilliant ride. He’s a good strong jockey.

“I’m hoping to put her in foal this year and that will help towards the covering fee. She’s won five now and I bought her last year for just 4,000 pounds so she’s more than paid for herself.

“I thought she would go close tonight because she was in really good form at home. She’ll be back here hopefully in a few weeks’ time.”